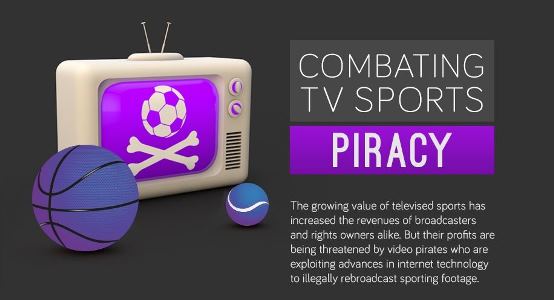 Viaccess-Orca (VO), a global leader providing OTT and TV platforms, content protection, and advanced data solutions, has released a series of reports that detail facts on global illegal streaming during the recent football tournament in Russia and how effective the company's anti-piracy services were in detecting and stopping those streams. Three in-depth reports gathered into one global analysis are available on the VO website, providing detailed facts and figures about the number of illegal streams, host domains, links and more.

The analysis, assembled by VO, is based on an extensive anti-piracy campaign led by the company in June and July 2018. Over the course of 32 days, VO's anti-piracy services monitored a selection of group-phase football matches and all final phase matches to assess content piracy in real time. As part of its 360-degree security services, VO partnered with LeakID to track, fight, and dereference links for illegal streaming sites.

VO's analysis identified several important trends and details about the piracy landscape, including:

The analysis breaks down audience measurement figures by country for each monitored football match across different platforms. It also examines the role and responsibility of various players in the fight against illegal streaming including rights owners, consumers, content distributors, ISPs, platforms, ad servers, and payment providers. In addition to providing analysis regarding illegal streaming during this major sport event, the reports include interviews with key industry stakeholders.

"The number of illegal streaming networks is growing, and this is an issue that needs to be dealt with urgently," said Christine Maury Panis, executive vice president, general counsel and security, at Viaccess-Orca. "Creating awareness about the end-to-end chain and sharing it with public stakeholders is important, so that each player has a deep view on the overall landscape and the part it can play in absolving this problem. We hope that these reports provide clarity about the reality of illegal streaming and show how operators can deter it with intelligent anti-piracy services."

VO will demonstrate its anti-piracy services at IBC2018, 14-18 September in Amsterdam at stand 1.A51.